The Ming Chuan literary activity with the largest number of participants, the widest range of categories, and the highest prize money- “33rd MCU Literary and Arts Awards,” is holding its award conferment ceremony on the aftermoon of May 4. International students earned great results in this year’s competition, winning a total of 14 awards, including first place in 4 categories.
First of all, for the category with highest prize money- Short Film category, international students won 4 awards. A seven-member group organized by Wong Siong-Lam (黃祥霖) from Malaysia, won the 1st prize with a short story portraying Ming Chuan University Football.
Wu, Xiao-Yu from China won three awards: 1st prize in Modern Poetry, 2nd Prize in Novel and Honorable Mention in Prose; he is the big winner this year. Meanwhile, Tan, Bok-Heng from Malaysia won 1st prize in Prose with his story about the grandmother who sat dozing by the guardhouse. The Winner in the English Creative Writing goes to Reece Ayers from Britain, he was confident that he could win first place.
The organizing unit will collate this year’s award-winning works and the feedback of the judging committees into a “Literary and Arts Award Special Issue,” which is scheduled to be released in June. Please watch for it. 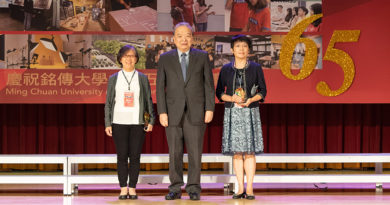 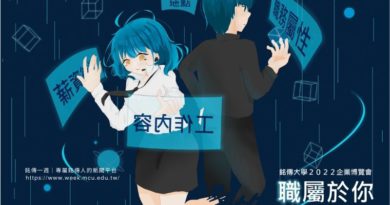 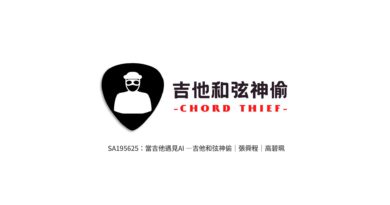