MCUMI President Dr. Robert Yien recently returned to Taiwan for a short visit on the Taipei campus and other locations from Michigan, U.S.A. Dr. Yien was also entrusted to bring along a special letter and commemorative photo from Saginaw Valley State University (SVSU) to present to MCU Chancellor Lee and President Shen. In the letter, SVSU President Dr. Donald J. Bachand expressed warm congratulations on the occasion of the 65th anniversary of the founding of Ming Chuan.
President Bachand noted: “Those associated with Ming Chuan University can be justifiably proud of the many accomplishments in the past sixty-five years. Starting as a women’s business school, Ming Chuan University became a comprehensive university with several campuses. Today, it is known for the role it has played in Taiwan’s national development and as the first Asian university to be accredited in the United States. … I am pleased that SVSU has been able to play a certain part in your distinguished history.”
Although no delegation from SVSU was able to travel to Taiwan to personally join in the celebration of MCU’s important 65th milestone, President Bachand sent his very best wishes to Chancellor Lee and President Shen, as well as all friends at MCU. He further stated: “The relationship between Ming Chuan University and Saginaw Valley State University dates back more than two decades and is one of the strongest sister-college relationships enjoyed by SVSU. Manu tangible and significant educational benefits have resulted from this collaborative relationship, including the academic exchange of the faculty and students, the hosting each year of select leadership cohorts on both the undergraduate and school administrative levels, and the establishment of a MCU branch campus on the grounds of SVSU. We look back fondly on the many years of contact and cultural exchange.”
Chancellor Lee and President Shen warmly welcomed President Yien ‘home’ to Taiwan and responded with heartfelt gratitude to President Bachand’s warm and affirming letter. 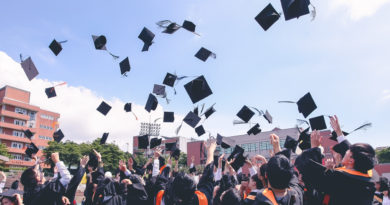