Two MCU Graduate School of International Affairs (GSIA) students of the International College were awarded the best delegation during the first-ever TaoMun conference in early December.

Theresia Shanel from the Solomon Islands and Joselynne Mendez from Guatemala comprised that delegation which attended the First Taoyuan Model United Nations (TaoMUN) conference over the weekend on December 2-3, 2017. The Ming Chuan students finally stood out in the council due to their remarkable performance and well- geared background knowledge on international relations and other world issues. 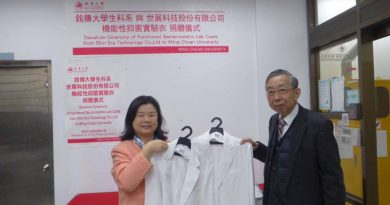