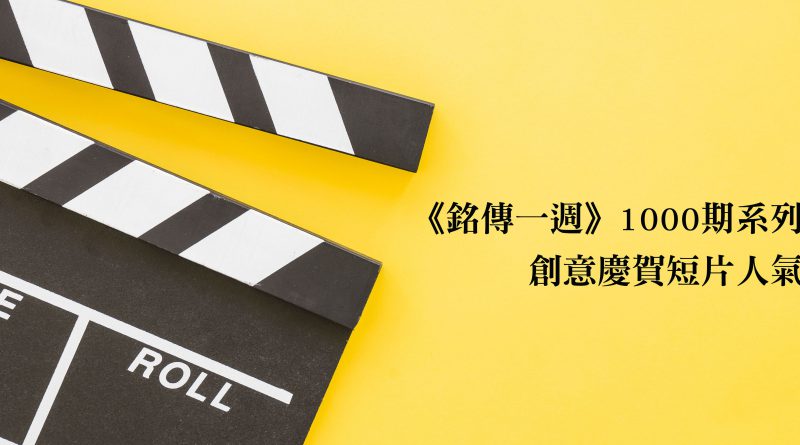 To celebrate the coming publication of MC Weekly Volume 1000, and to promote the Facebook fans page of MC Weekly, the university is going to hold a Popular Short Film Contest. All students and faculty and staff members are eligible to participate in the contest. Let your creative juices flow with passion, and celebrate this special event together!

1、All faculty and staff members, full-time students, and alumni are welcome to participate in the contest. One can choose to participate solo or as group (maximum 6 people as a group; choose one member as a representative to sign up for the contest.). Each applicant only can submit one film.

Focus on the theme of celebrating Vol. 1,000 MC Weekly; applicants should create their own creative film on campus.

3、Type: No limitation on the type of film (360-degree videos are not acceptable).

Judges Review Period: Until Wednesday, March 21, 2018 at 12 noon (The MC Weekly Facebook fan page will be temporarily shut down for 2 hours).

Golden Award for 1 winner, who will receive monetary award of NTD 10,000 along with a certificate

Silver Award for 1 winner, who will receive monetary award of NTD 6,000 along with a certificate

Bronze Award for 1 winner, who will receive monetary award of NTD 6,000 along with a certificate