On the morning of May 12th, five MCU-MI students received master’s degree diplomas from both President Lee and SVSU President Donald Bachand during Commencement exercises in SVSU’s Ryder Center. President Lee shared his thoughts on the role of a positive mindset for success after graduation with the latest group of MCU-MI and SVSU graduates.

“I am very excited to be embarking on my new journey as a Mandarin teacher. And I am grateful for the constant support from the peers, faculty and staff at Ming Chuan University over the past two years,” said Man-Ping Lee, who completed the Teaching Chinese as a Foreign Language master’s program. 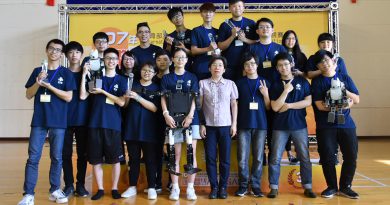